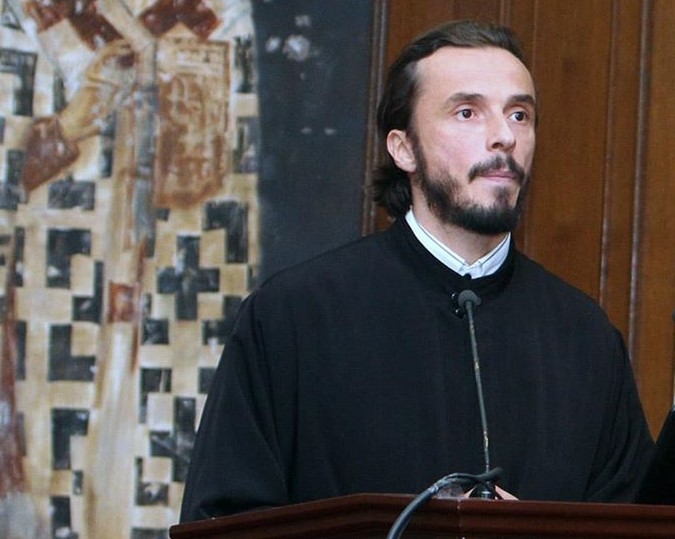 The Serbian Orthodox Metropolitanate of Australia and New Zealand has the privilege of presenting to you our very esteemed guest speaker for this year's Great Lenten series of talks, the Very Reverend Fr Oliver Subotic Phd.
Presbyter Oliver Subotic: Short biographical sketch
Presbyter Oliver Subotic (1977) was born in Nova Varos (Serbia). He studied IT at the Faculty of Organisational Sciences (graduated in 2004) and theology at the Faculty of Orthodox Theology (graduated in 2005, M. A. obtained in 2008) in Belgrade; He obtained his PhD degree in sociology at the Faculty of Phylosophy (2011).
Fr. Oliver is Editor-in-chief of the Pravoslavni misionar (the official missionary journal of The Serbian Orthodox Church / SOC) and appointed Deputy of the bishop-in-charge of SOC`s Missionary Department. He was the first director of SOC`s Centre for research and appliance of modern technologies (2008-2015) and the permanent member of the Department for the religious education of Archbishopric Belgrade-Karlovac, engaged as a consultant for improving quality of religious education in Belgrade high schools (2008-2014).
In the last two decades, Fr. Oliver published eleven books and dozens of articles. Currently (in cooperation with the Nikola Tesla Museum in Belgrade) he is finishing a book about the spiritual character of Nikola Tesla. The Tesla Science Foundation from Philadelphia (USA) awarded him with The Tesla Medal (2019), for his contribution in the popularisation of Tesla`s character in the western world.
He participated in many international conferences, expert analysis and round tables, mostly covering relations between Church and IT, globalization and mass media. On several occasions, he was the official representative of SOC in important social initiatives.
He lives in Belgrade (Serbia) where he serves as an Orthodox priest in the St. Alexander Nevsky church. He and his wife Mirjana have three children.
Распоред предавања презвитера др Оливера Суботића