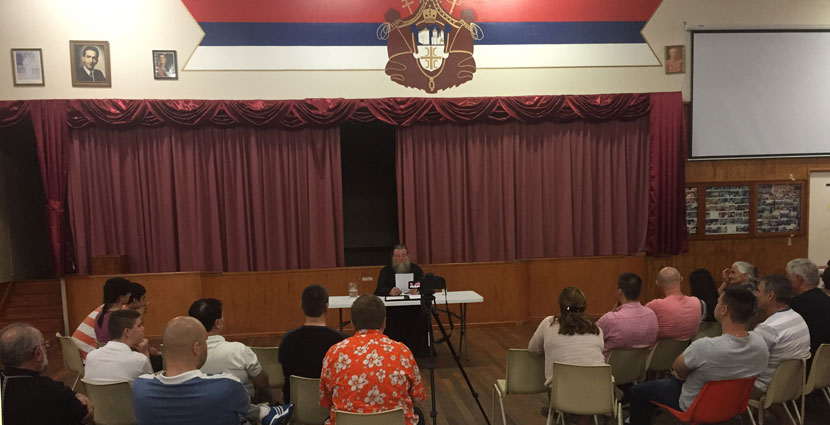 The idea is that each month a member of Orthodox clergy from all Canonical Orthodox jurisdictions presents a lecture on a topic relevant to our Orthodox faith. Before each talk the faithful gather in the church for prayer, sometimes the Akathist to the Mother of God or the Evening prayer is served in English.

For the month of January the guest presenter was Father Gabriel Makarov, rector of the Russian Orthodox Cathedral of St Nicholas in Woolloongabba. Following the Akathist service, father gave a talk on the topic of 'Orthodoxy and Superstition'.