Lead by His Grace the Right Reverend Siluan, the Bishop of the Metropolitanate of Australia and New Zealand, gathered at the third regular Assembly of the Metropolitanate, the clergy, monastic clergy, representatives of church communities and missionary parishes, monasteries, Federation of the circles of Serbian sisters and the Orthodox Youth Association, in the holy monastery of St. Sava- New Kalenic in Hall, near Canberra, with thanks to God for this blessing, calling to memory the assurance of the apostle Paul that "those who are lead by the Spirit of God are the sons of God" (Rom. 8,14). This we believe and confess, so that finally with this message we greet the Serbian Patriarch His Holiness Irinej, Their Eminences and Graces members of the Holy Synod of Bishops and the entire fullness of the Serbian Orthodox Church in the fatherland and all countries of our planet.
Read more ... 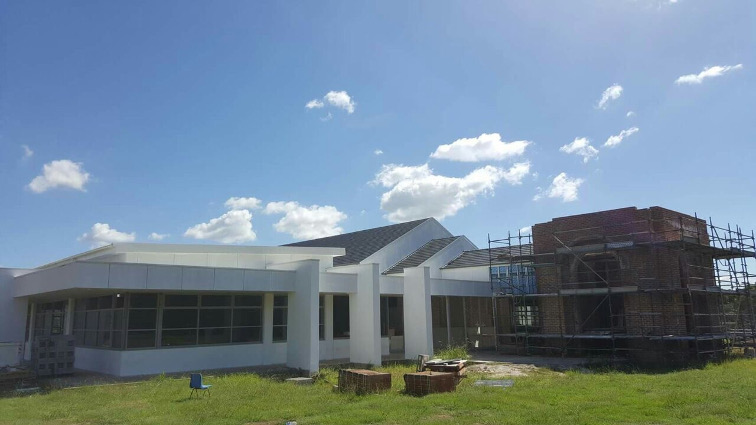 COME AND SEE!
It has taken some time, but despite the financial difficulties and setbacks our Church has humbly endured over the past five years, we have step by step continued with the God-given task of working towards the completion of Stage One of St. Sava College. Our building is at lock up stage and we invite you to COME AND SEE the progress that has been made. On Monday of the October long weekend, that is, the 2nd of October, we will first and foremost give thanks to the Lord for what has been achieved to date, and seek His blessing for the continuation of our project.
His Grace Bishop Siluan, together with the clergy of Sydney will celebrate the Divine Liturgy at 10 am, following which, we are organising a picnic day with food and entertainment beneath the roof of our new building. Please join us, bring your children and grandchildren, your friends and family for a relaxing and inspiring day and see for yourself the significant progress that has been made.
When: Monday 2nd of October at 10 am
Where: St.Sava College – 381 St.Andrew’s Rd, VARROVILLE.
Everybody is welcome! 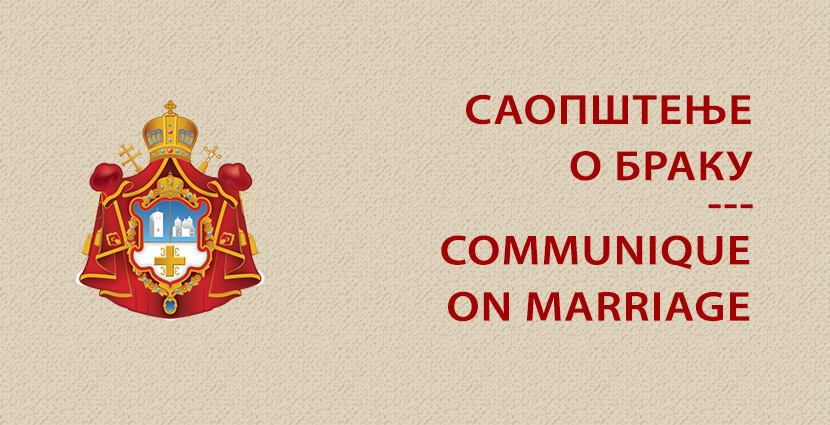 The recent movement to change the meaning, understanding and definition of marriage has not spontaneously emerged amongst the people, even less in academic or religious circles, but has been globally imposed from above, through political channels and means. The Australian Government has announced a postal plebiscite (latin: general direct voting of the whole nation, a referendum) in order for all people to vote on this issue. Leaving aside the fact that the overwhelming majority of Australia's citizens come from, live in, and practice traditional natural marriage, and that this is not an issue generated by the people, but rather from relatively small yet politically influential circles, as Christians - in light of Divine Revelation - we ought to give an answer when asked about our beliefs. (see 1 Peter 3, 15) The Holy sacrament of marriage between a man and a woman (see 1 John 2: 18-25; John 2: 1-11) and the family that comes out of this sacred union is the will of God, expressed in His Holy Revelation. Since the creation of the world, marriage is and only will be the union of man and woman, and the Church will not acknowledge or bless anything other than that which the Lord God himself has established. The meaning of the Holy sacrament of marriage between a man and a woman is now being nihilised, i.e., relativised, sought to be obscured, disregarded and destroyed. This loss of meaning will in many ways affect our families, especially our children and future generations. The Lord blessed that the sacramental union between a man and a woman be adorned with the gift of procreation, i.e., Parenthood. In light of this, it is within this blessed God-given natural psycho-physically balanced environment that children can have a holistic experience of Parenthood, i.e., of Father and Mother. Parents, on their behalf have the duty before God to care for their children, not only physically and materially, but even more so, spiritually and morally. Today's world is becoming increasingly disinterested and lukewarm towards truth and its reality surrounding us; this unfortunately has not been so rare in the past. However, from the very beginning Christians were „the salt of the Earth" and "light of the world". (Mt 5, 13-14) It is therefore time to clearly state what we believe and know, so that we and our children can live a life worthy of humanity, i.e., Human dignity. What is proposed is the legalization of sin (Greek: amartia = "missing the mark"). Every sin does not have to be at the same time a transgression against human and state laws; but it is far more dangerous to violate God's Law than human laws. Many examples have convinced us that deviation from the will of God inevitably leads to suffering. The choice between good and evil can only be made in the freedom that God and the Creator has given to us as humans, and it can not be a matter of politics, trade, negotiation or arrangement. Therefore, we earnestly pray to the Lord to save us and all the people on Earth from every sin, pain and suffering, to bring us to the knowledge of the truth (1 Tim 2:4), and to guide us to the right path of love and salvation. Source: Office of the Metropolitanate of Australia and New Zealand The Serbian Orthodox Church Silencing Free Speech: The Crippling Harness of Political Correctness

Source: Office of the Metropolitanate of Australia and New Zealand The Serbian Orthodox Church 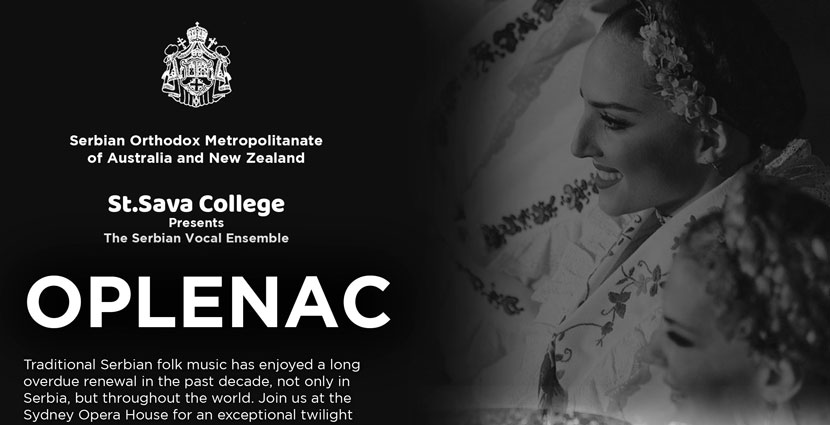 Join us at the Sydney Opera House for an exceptional twiligiht performance, showcasing the vocal traditions of the Serbs in an astonishing and diverse repertoire performed by The Serbian Vocal Enseble - Oplenac. 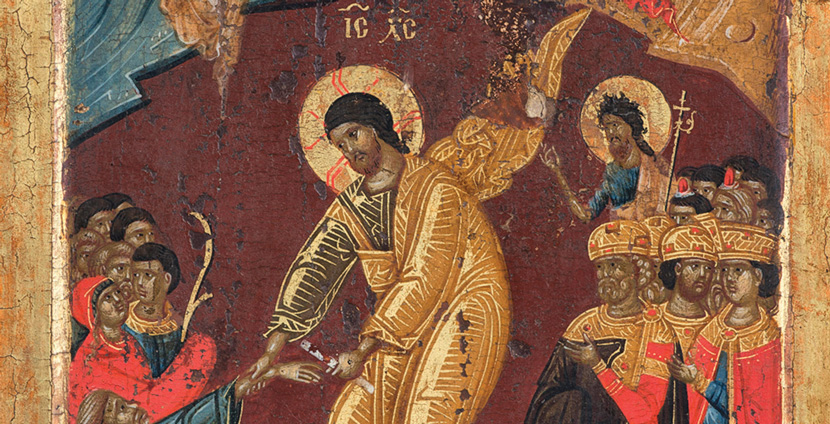 The Serbian Orthodox Church to her spiritual children at Pascha, 2017

By the Grace of God

Orthodox Archbishop of Pec, Metropolitan of Belgrade Karlovci and Serbian Patriarch, with all the Hierarchs of the Serbian Orthodox Church to all the clergy, monastics, and all the sons and daughters of our Holy Church: grace, mercy and peace from God the Father, and our Lord Jesus Christ, and the Holy Spirit, with the joyous Paschal greeting:

"Christ is risen from the dead,
trampling down death by death,
and upon those in the tombs bestowing life."
(Paschal troparion) 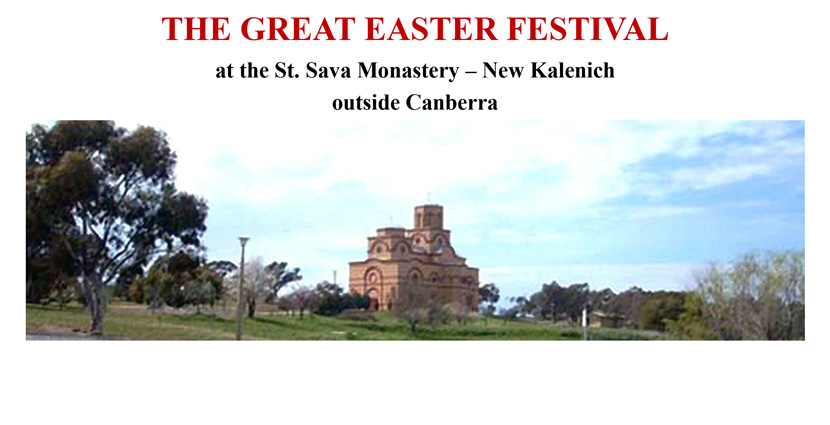 Let us gather with the fear of God, faith and love, to collectively celebrate the FEAST OF FEASTS DIVINE LITURGY begins at 10am on the Second Day of Easter, on Monday the 17th of April 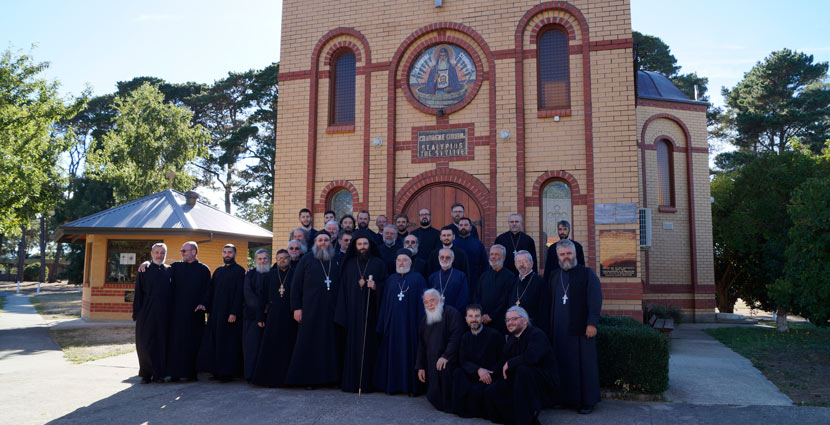 Together with their Arch-pastor His Grace Bishop Siluan, the clergy of the Metropolitanate of Australia and New Zealand gathered for their regular annual assembly from the 14th to the 17th of March 2017. 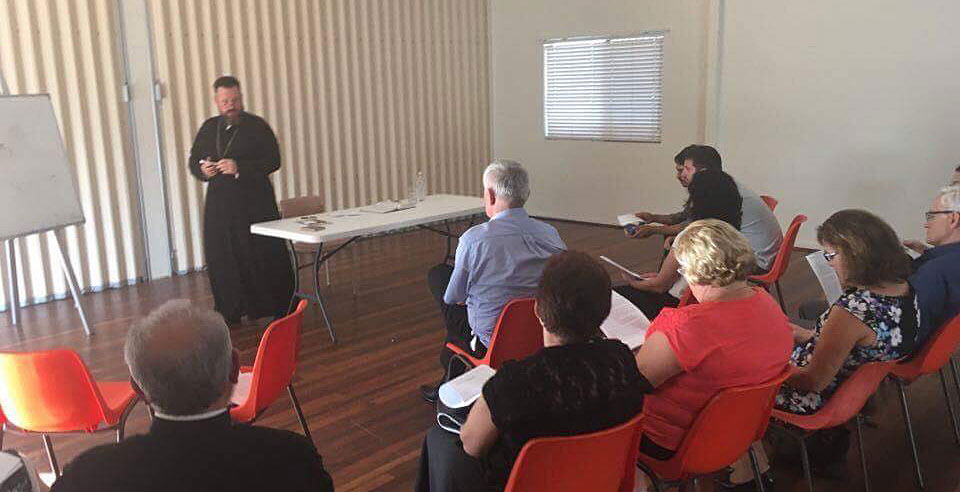 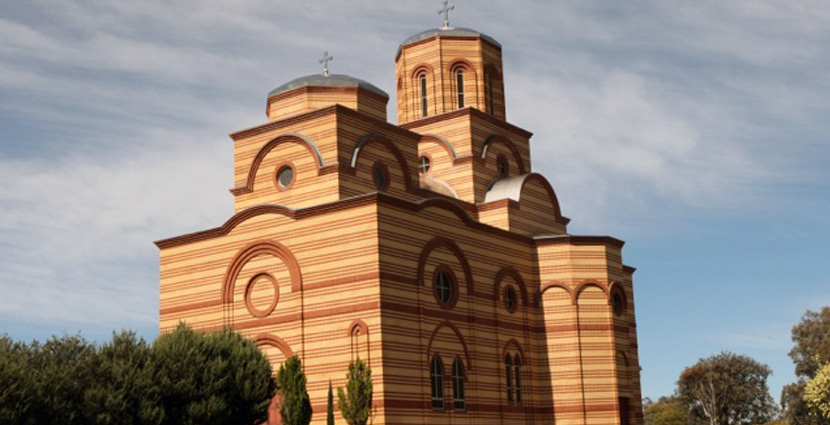 By a unanimous decision of three judges handed down on 7 March 2017, the NSW Court of Appeal has dismissed the appeal of the Property Trust of the 'Free SOCANZ Diocese' which challenged the 2015 judgement delivered by the Supreme Court of NSW in relation to the St Sava Monastery in Hall.